I have wanted to write about or more fittingly ‘purge’ some feelings I dealt with last year waiting for enbrel to work. I’ll start off with some history first. I started the biologic medication enbrel January of 2013, as we’ve all been told and I expected, it can take 3 months to start to work. March came and left and I still felt no different, my rheumy and I gave it more time. Because lets face it, there’s not an endless bunch of biologics to try and each one should be given the chance to work. June came and went and still nothing. By the time summer came around I was in excruciating pain. I had a hell of a hard time dealing with it, my rheumy would only prescribe naproxen and that pain-killer did a whole lot of sweet tweet all and in my opinion was useless for my pain. Most times I felt like I was being ripped apart from the inside. It was HELL. Laying in bed twisting around in pain nearly losing my mind. Pain on that level I swear turns a human being into a primal monster who only wants it to stop. My fear and anxiety skyrocketed and my instinct to protect myself overwhelmed me. A wounded bear backed into a corner describes in a nutshell how I felt. At that time all I felt was pain, I was not myself at all and I was desperate for relief. Marijuana didn’t help as much as it usually did and I may as well have taken tic tacs instead of ibuprofen, naproxen or Tylenol. I at that moment considered something horrific and at that time it seemed completely rational. I was going to ask my man to see if he could find Heroin, anywhere. I was desperate, screaming and crying in my bed, just wanting the pain to stop. I had no other option in my mind, Dr’s ignored my pleas for pain relief. I was treated like a drug seeker in the ER. My RA was brushed off and I was left to deal with it on my own. You know you’ve hit a low point in your life when you even consider that poison as ‘relief’. I did not want to get high, I needed the pain to stop, now. It never went beyond that request thankfully, afterwards I was alarmed that my mind even went there, but the effects of pain cause irrational thoughts. This I learned only by experiencing it. I got through that moment by smoking a lot of marijuana that particular night, to the point where I passed out. Thankfully.

My enbrel finally started to work in September of last year. My other Dr started me on cymbalta to help with the pain in September also. I was taking tramadol for pain before cymbalta but it was not working as well by then. I still feel pain even with these meds ‘working’. RA really frustrates me because it is not predictable and you cannot plan around it. I never know what each day will bring.

Recently I viewed a story on CNN, where they reported that many heroin users started using that drug for pain relief. My heart sank because I knew why those poor folks had seeked it out. I do not judge them, I feel for them. That is no place a human ever wants to be. Your instincts for self-preservation take over, the pain is your master not you.

It is my deepest hope and wish that some pharmaceutical company creates a pain-killer that works without the addictive side effects of opiates. We all deserve pain relief without the cost to our souls. 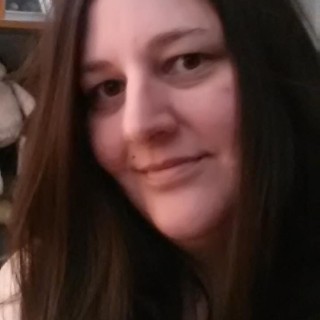